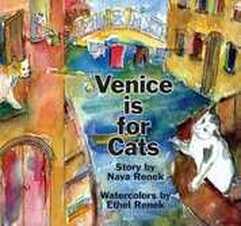 No Perfect Words   mrbellersneighborhood 2003
I pointed them out to you just a few weeks before you left. They were a couple–a man and woman--a few years older than us, maybe in their late forties, traipsing along the sidewalk in that odd way they had of walking–taking funny little unbalanced steps, but steps that moved them hastily along nonetheless. Neatly dressed, yet incongruous: the man had on worn jeans and tweed blazer, the woman: a black leather biker jacket over a flowery cotton dress. They appeared clean in a distinctly unhygienic way. Obviously, they had no where to go.  Read more...http://mrbellersneighborhood.com/2003/11/no-perfect-words

Mamoud  egophobia
I’d driven myself to the airport before, but when it came time to pick up Mamoud, I was nervous, worried about the traffic, the parking, finding the right terminal and gate. We hadn’t seen each other in over twenty-five years–since I was twenty and we’d met at university in France where he was studying chemistry and I was, supposedly, furthering my fluency in French, but really hoping to soak up the culture in the land of Sagan, Sartre, Camus, and de Beauvoir, writers who’d been seeding my dreams since I was an adolescent.  http://egophobia.ro/?p=6998

Find A Penny, Pick It Up  The Brooklyn Rail 2002
The trail started with a penny, round and burnished, hot from sitting so long in the summer sun.  Angela scooped it up and held it in her palm so tightly the copper nearly burnt her skin.  She glanced around to make sure no one else was watching, then took a few more baby steps and crouched down again to collect the rest of the nickels, dimes, and quarters that lay scattered about the sidewalk.   To read more:  http://www.brooklynrail.org/2002/07/fiction/find-a-penny-pick-it-up